As the peppy IPL melody reverberates with the approaching IPL, Robin Utthapa’s body transformation has also created quite a stir. From IPL house parties to  pub screenings, India’s cricket fever is back and so is the fan following of our favourite IPL players.

While all the cricketers are gearing up for the coming months of back-to-back gaming and strategy planning, some are putting their mind, body and spirit quite literally into the game. Uttappa, the Indian wicket keeper and batsman is following the league of his cronies and getting in shape this season.

His transformation took a major turn when his rotund belly got ripped into six packs. He took about six months to hit this milestone, but we are sure that Robin Uttappa, who is a loyal player of the KKR team, kept at it since a long time. Those of us who have had any chance to even try there hand at owning six packs will agree with us that its no joke to achieve this milestone.

It was Virat Kohli, who started the trend of owning a chiseled body by giving fitness and discipline a critical position in his life. And it was not long when all other cricketers got influenced by Virat’s fitness level, better performance, and of course, by his increasing fan following. Hardik Pandya, KL Rahul, and Burmah are some of the other cricketers who own a body to drool over.

Last Saturday, the 32-year-old star shared a picture with his fans on Instagram and added in the description,

Last year he also shared a picture of his inspiration, Zlatan Ibrahimović, a Swedish footballer, who plays as a forward in the Manchester United team. Well, well, from right inspiration comes right results, Robin.

After being auctioned for INR 6.40 crores, the cricketer has made his intentions quite clear. We hear you, Sir.

The first match is scheduled on 8th April at Eden Gardens, Kolkata, where KKR will play against RCB. We cannot wait to see the clash of the titans.

All the best to all the teams from team FabFit. 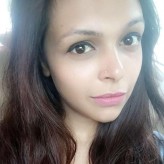